Last October, the community proposed and passed by unanimous vote a change to the Braintrust protocol that mandates all client fees must be paid in BTRST. That decision led to the creation of the Braintrust Fee Converter, fueling a powerful flywheel of community-led growth and expansion of the network to benefit all. 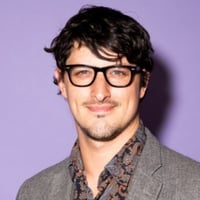 Take a bow, because we should all be proud.

In January 2022, a Fee Converter smart contract was implemented — leading to the direct conversion of more than half a million dollars in client fees to more than 145K BTRST tokens, a number that will continue to surge as more invoices are processed in coming weeks.

Fee Converter activity is updated daily on the Network Dashboard and represents a major step for the network, one of the earliest examples of us taking control over our work with user-owned governance.

When it was proposed, the community had two major goals with creating the Fee Converter.

The first is to programmatically link BTRST demand to Gross Service Volume (GSV), creating a powerful flywheel in which the utility of the token is better recognized as more work is done on the network. 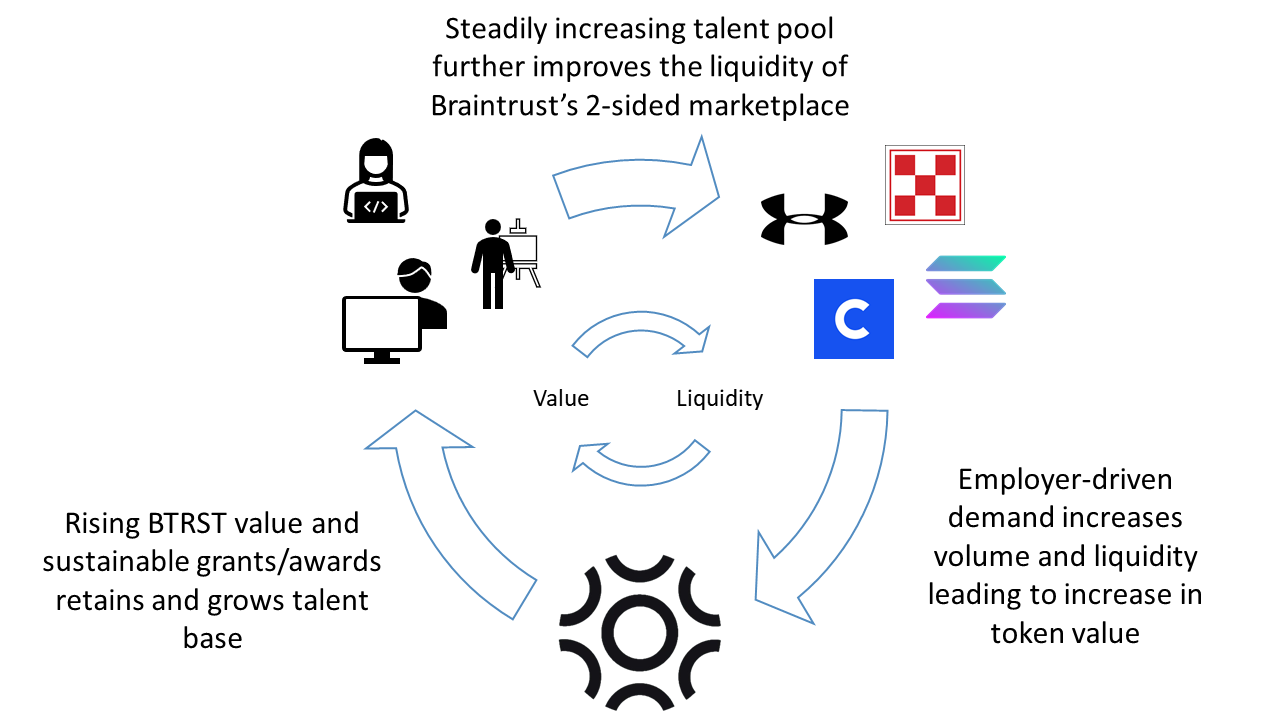 The second is to allow referral rewards and grants to come from client fees rather than from the treasury, ensuring the treasury won’t become exhausted over time.

However, as the community has engaged in the process of creating the Fee Converter, additional surprising and powerful benefits have emerged — many of which users discussed on Twitter.

"Tokens should be more valuable to network participants than they are to purely financial holders."

Easy to say but tough to execute.

However, with its latest #feeconverter upgrade to the $btrst this is exactly what's happening at @braintrust. https://t.co/BYLyokPJBr

My first piece on crypto. Thank you @packyM whose article (https://t.co/HPsuaOLWJn) helped distil the importance of value creation in building viable tokenomics & thank you @usebraintrust for making it real🙏

And much more. Continue the conversation here.

Read on to see some of the key benefits of the Fee Converter that BTRST owners are talking about. 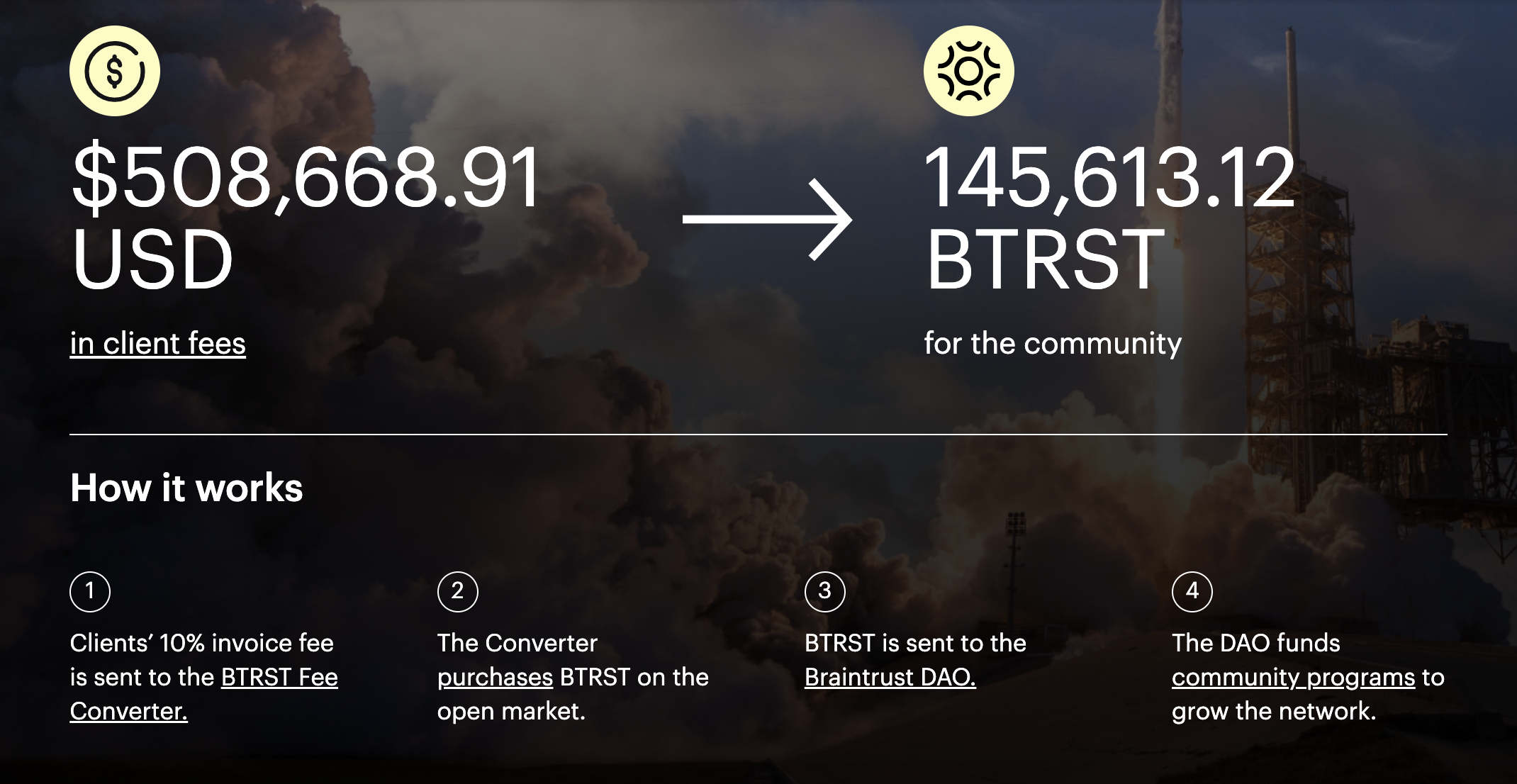 Packy McCormick, who runs the Not Boring newsletter, brilliantly sums up some of the most powerful aspects of Braintrust’s decentralized talent network.

Web2 marketplaces have a major temptation to increase take rates, ramping up fees on the users who create value on them. But Web3 networks like Braintrust eliminate that temptation — after all, why would a network owned by its users raise fees on themselves?

The Fee Converter goes a step further by doing what no Web2 network would ever dream of: Giving users total transparency into client payments conducted on the network.

How? Simple: Because the Fee Converter smart contract operates on an Ethereum blockchain, each conversion from USD to BTRST can be seen by anybody with an internet connection.

That inspired community member Noah Keller to create a live feed that lets users see payouts in real time, with the ability to search by client to see how much they paid, when, and for what jobs.

In short, Braintrust is realizing the dream that Web3 is all about: a world of total transparency on the immutable blockchain.

“To me, that fee viewer is the most visceral representation of the fact that this really is a different kind of marketplace,” McCormick writes.

By converting client fees, Braintrust is able to automatically add BTRST tokens that can then be distributed to the community to fund important network improvements. This was an important development for the network. Before, client fees couldn’t be programmatically rerouted back into community programs. Instead, those programs were funded by BTRST tokens directly taken out of the Treasury.

Through the Fee Converter, client fees are used to purchase BTRST, which is then sent to the Braintrust DAO to fund community programs. This process is even more critical since Braintrust launched the MVP Wave of its Community Grants Program following the Coatue/Tiger Global investment of $100M of BTRST in December.

With it, community members will have more ways to get involved and earn BTRST than ever before, with Ambassador, Builder and Educator Grants driving innovation on the network.

As Braintrust community member Charlie Heinemann helpfully explains, this model allows for this funding without depleting the Treasury’s fixed 250M token supply, 54% of which is earmarked for community incentives and rewards.

“Braintrust, and other Tokens with fixed supplies for incentives, are not only susceptible to premature depletion, but total depletion of community incentives,” writes Heinemann (note that this wasn’t an imminent danger: the current available supply is still around 135M tokens.)

“The proposal is a clever way to resolve the issues of token depletion … but also to drive demand, a natural limiter to hoarding and deflating.”

Our goal on this network, together, has always been to expand economic opportunity across the globe. The more people we reach, the closer we get.

The Fee Converter is a major step because it naturally incentivizes growth of the network — increasing liquidity of the BTRST token, and, thus, demand from those who see its increased utility as well.

Previously, demand for BTRST was mostly driven by the general interest in cryptocurrencies across the board, as community member Qazal writes in her Fee Converter post, “Braintrust DAO empowers BTRST: How the new upgrade impacts the tokenomics.”

However, the original process of cash payments wasn’t reflecting true interest in Braintrust and the token. After all, Braintrust has seen huge growth the last few months, going from $10M to nearly $40M GSV in a year and expanding its membership to more than 43K talent.

Because the previous method didn’t reflect the immense demand for jobs and Talent on the network, Qazal writes, it “could cause an undervaluation” of the token’s utility.

The Fee Converter ensures that GSV transactions on the network become programmatically linked to BTRST — as people do more business on the network, demand for the BTRST token that governs the network will increase as well.

That’s good for everybody, bringing more clients and more Talent to the network that we all own a piece of.

Ready to start owning the future of work?

Growth Report #35: We’re Doing It All for the Talent.