How Web3 Makes Hiring (And Getting Hired) Better.

The more people that join a network, the more valuable that network becomes.

But who reaps the benefits?

Traditional platforms — Web2 companies like Apple, Google, DoorDash or Uber — disproportionately redirect the value toward their investors and covering the costs of their (often bloated) network operations.

That leaves little else for the ordinary users making a living on those networks, with platforms incentivized to take more and more for themselves through fees.

This is the fatal flaw of most centralized networks: Buyers and sellers are trying to do business together, but in the end, it’s the owners of the platforms who almost inevitably end up “pigging out” on their own participants.

That business model was never fair for users. Now Apple and Google are in court fighting potential antitrust suits for the onerous fees — as much as 30% — that they charge developers on their app stores.

Users inevitably abandon platforms that don’t serve their needs. And what value does a network without users have? None.

This principle of network extraction is a common feature in Web2 platforms.

Starting out, platforms do everything they can to attract users. However, as they grow, the dynamic shifts to one where they begin to extract more from users, turning what was once a positive benefit for users into a zero-sum or even negative exchange.

Decentralization and crypto solves this by aligning all network participants in pursuit of common and transparent goals.

The blockchain enables Web3 networks, capable of programmatically returning value back to the users who create it — anyone who uses an online platform (ie. almost everyone) — rather than a select few stakeholders at centralized Web2 networks.

The problem of centralization.

The modern corporate model has been one of centralization: a CEO, and board of directors, leading the ship while producing value for its investors.

In Web2 talent networks, this centralization coalesces around the network operator. From staffing firms and consulting agencies to job marketplaces like Fiverr or Upwork, the results of centralization are the same.

These factors lead to a lack of true price discovery. Clients pay more for lesser work, and workers work harder while not being compensated for their services.

In both cases, the network users lose.

Users are realizing this. And that’s why they are quickly adopting decentralized networks that create a more equitable system for everyone involved.

The power of Web3 decentralization.

In the past, trying to hand power over a platform back to the thousands, or even millions, of people who use it would be a tremendously difficult challenge. But crypto technology enables democratizing Web3 networks.

Consider how it works on Braintrust, the first decentralized talent network, which uses the ERC-20 standard, native BTRST token to build a decentralized governance process on the blockchain.

Each BTRST token represents one vote on decisions affecting the network, and is awarded programmatically to each user for doing more to grow the network — such as referring Talent and clients to Braintrust.

Change proposals are created through a public idea stage, then submitted for a two-part off-chain vote meant to measure both consensus interest and support for the proposal.

Once a proposal clears those two stages, it proceeds to an on-chain vote, which, if approved, automatically alters the smart contracts undergirding the Braintrust protocol, pending a final technical and security review (this is similar to the way Compound handles its change proposals).

One example: In October 2021, the Braintrust community proposed and passed by unanimous vote a change to the Braintrust protocol that mandated all client fees must be paid in BTRST.

Those tokens are then automatically funneled into the community rewards and incentives program, giving users the chance to earn tokens by building key network initiatives that make the network better for everyone.

That’s just one example of the advantages decentralized networks have over centralized ones.

In a decentralized network, users are naturally incentivized to grow the network’s value — because they also reap the rewards of growing network effects.

And remember: a network is only as valuable as the users on it. The more users, the better the network effects.

Decentralized networks eliminate the downsides of centralized approaches: the siloed and restricted marketplaces, the high fees, the unfair influence and control by the bloated network operator.

Braintrust is able to replace that operator with an inexpensive software alternative, allowing it to charge zero fees to Talent and only a 10% fee to clients to cover operational costs of bringing on that client to the network. Importantly, as the network grows, it is unlikely to try to increase fees on its users — after all, it is run by them.

Effective control of a network requires users to have equal access to information. The Ethereum network is fully permissionless, so anybody with an internet connection can access the information on it.

This is an important distinction from centralized Web2 networks, where data is stored and hidden as operators leave buyers and sellers alike in the dark while charging them exorbitant fees. 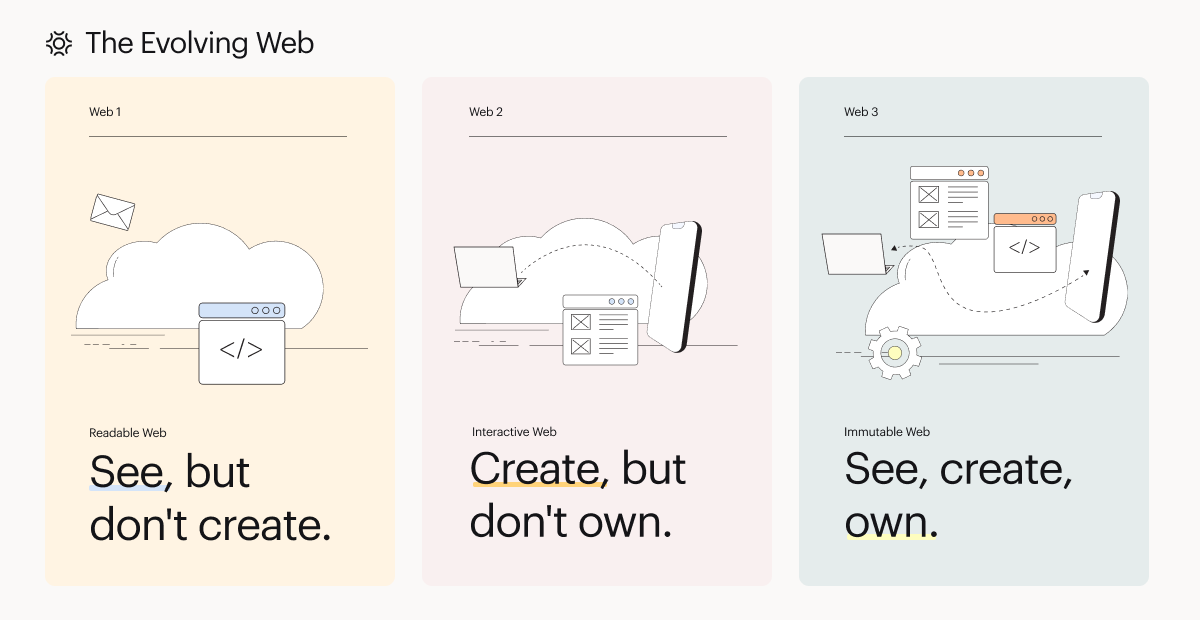 Because information is public, new factors are quickly reflected on the network, allowing for more efficient capital as clients and Talent are more readily able to settle on a fair price for services. On Braintrust, these stats are shared publicly on the network dashboard.

The BTRST token fuels the decentralization made possible on Braintrust, making it so that no single party controls the network, dictates fees or owns data.

Instead, every user owns their work history and reputation, stored on the Blockchain, which is immutable, meaning it cannot be erased.

The tokens are awarded transparently, through smart contracts on the Ethereum blockchain, processes that can be inspected and audited while ensuring no favoritism.

Most centralized approaches distort the prices of services, but decentralized networks allow direct interaction between the enterprises offering work and the Talent looking to fill it.

And with that growth comes positive network effects.

The more users on a network, the more liquid it is, which makes marketplaces more likely to actually create competition and accurate price discovery for the work transacted on it.

Such dynamic, decentralized talent networks also give the ability to track real-time market value against changing factors, such as location, language, skill set and other criteria.

Lastly, because Braintrust is controlled by its community, the network is naturally self-balancing, as parties on the network are capable of mitigating and self correcting attempts by any one group to enrich itself at the expense of others.

Join the future of work.

Just as open source revolutionized the software business, decentralization and Web3 technologies are changing the dynamics when it comes to human capital.

By using smart contracts on the Ethereum blockchain and its native token BTRST, Braintrust is able to reduce the friction that typically arises with matching talent with clients. This approach lowers costs to both sides while cutting out the bloated middleman, a stark departure from centralized marketplaces that act as silos and talent sinks.

Those who want to own the value they produce while governing the Web3 network they make their living on now have an option — one that avoids the extractive Web2 networks and high fees of the past.

Braintrust Adds Grant Job Type, Partnerships to Become the Best Place to Get Hired in Web3.