Thanks to Web 3.0 technology, Braintrust is giving power and control back to the users… and the results? Insane growth and happy users: over 1,500 jobs posted, Fortune 1,000 clients, thousands of people freelancing with confidence, and proof of user ownership and governance.

The teams building Braintrust share their progress and plans for the week in this Growth Snapshot.

Over 1,500 jobs have been posted on Braintrust! This is huge news, especially for a network that’s only been out of stealth for 16 months. It’s a major accomplishment and testament to the value that businesses find in hiring on Braintrust. Just take a look at a few of the companies hiring now - you’ll probably recognize at least a few brands:

And it’s not just that there are a lot of jobs on Braintrust. It’s that those jobs are quality, high-paying, long-term jobs that can provide Talent with the security and experience they’re looking for.

📝 Hot Off the Presses.

Misaligned incentives are the reason why Web 2.0 networks so often work against the needs of their own users. Imagine who wins in this everyday scenario on Web 2.0 networks like Toptal, Upwork, Fiverr, etc.:

Who comes out on top? The answer should be obvious. Web 2.0 networks will never serve their users first because they’re not designed to. Web 3.0 networks can, though.

Read more about why incentives matter and how Braintrust is using Web 3.0 technology to build a better talent network. And while you’re at it, a few other interesting thoughts:

Garth first started freelancing in 1996, but it wasn’t until 2020 that he decided to give up full-time employment for good and take charge of his freelance career. 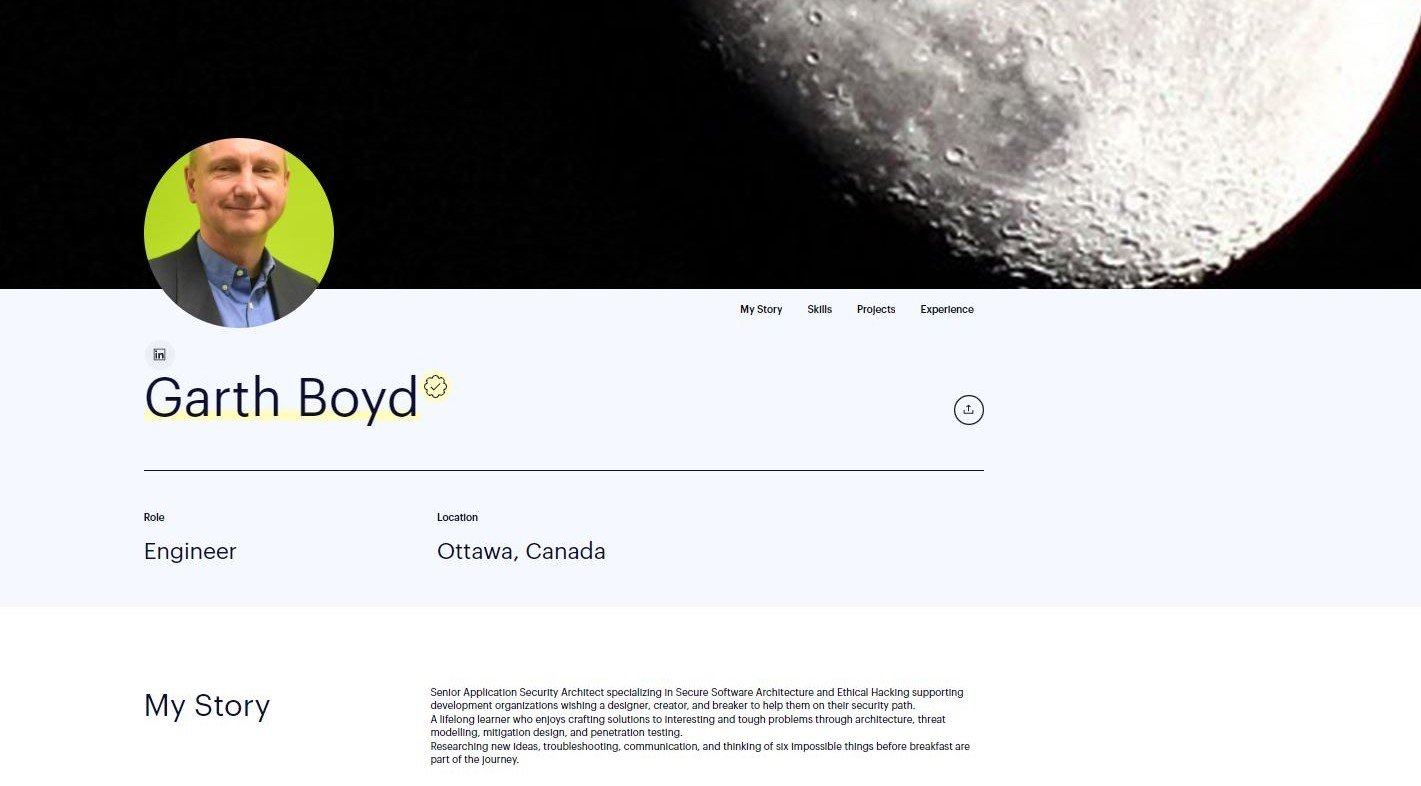 Garth found the freedom he craved on Braintrust. Garth gets to own his career, his business relationships, his future ...and of course, his network. All that combined with the wealth of quality engineering opportunities available here, and that makes Braintrust a no-brainer. Read his full story.

When not celebrating Garth’s great success story, the Community teams are focused on:

The stakes are high. Remember last week when we shared that Governance was live on the platform?

Well, it’s in full swing on Braintrust, and there’s a big proposal up for vote in this user-owned and governed network. There’s an Off-Chain vote currently running to determine if Braintrust should implement token staking. Learn how you can make your vote and your voice count by reading this quick guide here. 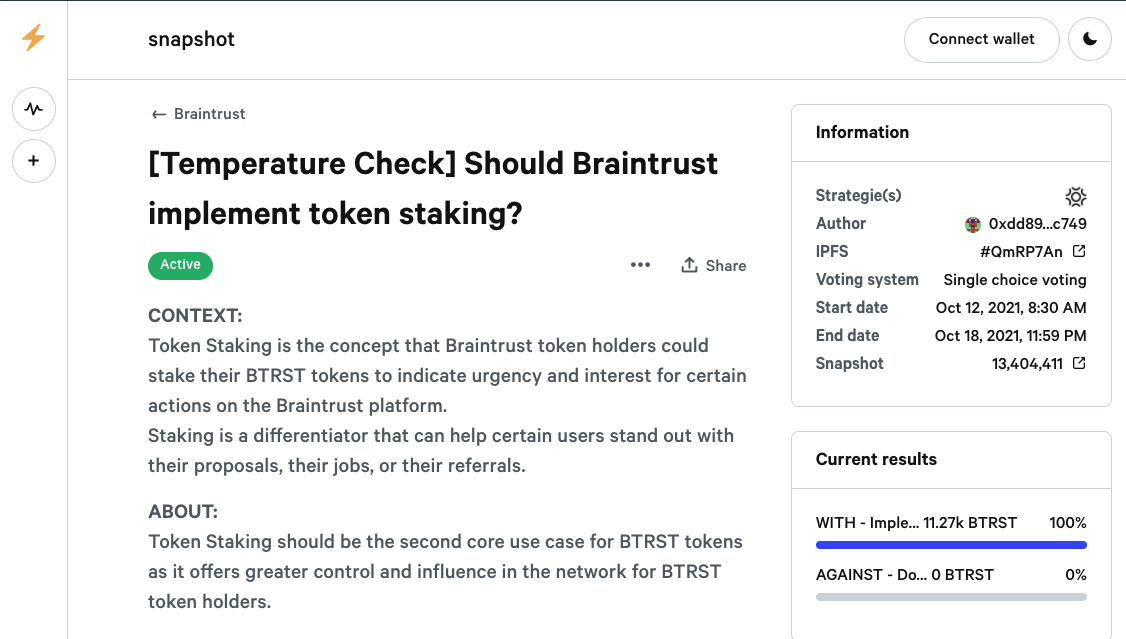 The Off-Chain vote for token staking in Snapshot.

(What’s token staking? It’s the concept that Braintrust token holders could stake their BTRST tokens to indicate urgency and interest for certain actions on the Braintrust platform. Staking is a differentiator that can help users stand out with their proposals, their jobs, or their referrals. It’s also the second use for the BTRST token and offers greater control and influence in the network for BTRST token holders.)

Other important Governance update: the first two off-chain votes have officially been completed! Calvin Blanchard was elected as a Jury Arbitrator, and Know Your Customer passed unanimously. This is all just more proof that user-ownership rocks. Also, that it works.

Uh oh, something happened to your wallet.

It just got an upgrade. Since the launch of the BTRST token on mainnet and listing on Coinbase, people are actually using their tokens in a real way for the first time. So product released material improvements to the Wallet in-app that help users see their transaction history, including withdrawals and earnings. And a bonus?

There’s information on how you can use your BTRST token on-platform, and how token staking will work (did we mention that there’s a vote going on about this? Check it out, get set up, and get to voting).

A look at the new wallet designs.

Other Product initiatives include:

As a blockchain project with a recent token launch, it could be easy to get lost in crypto commentary weeds. But thanks to community members and folks like 👇, we stay focused on what really matters: matching amazing brands with world-class talent to help spread economic opportunity around the world. 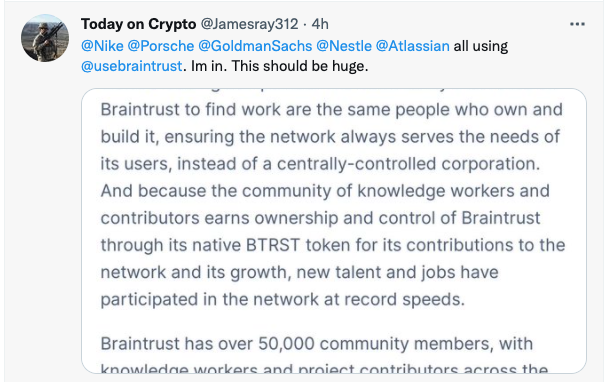